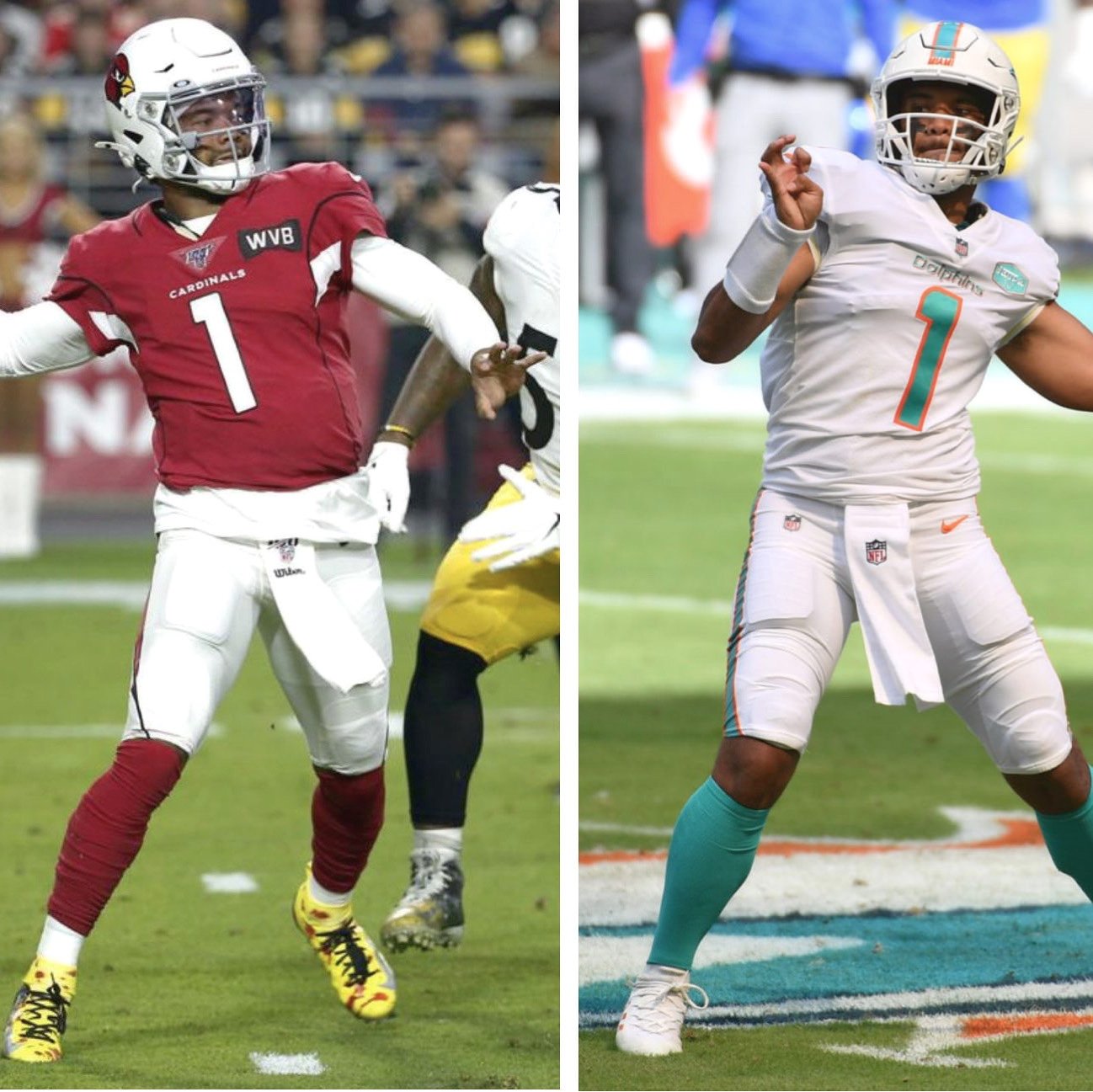 It was the first road start of Tua Tagovailoa’s young NFL career. The script couldn’t have been any more fitting. With his team trailing 31-24 at the end of the third quarter, Tagovailoa would guide the Dolphins to a thrilling victory in the fourth quarter captaining two drives that produced ten points, including the game-winner with just 3:30 to play in the game.

After taking over at their own seven-yard line, Miami would go 93 yards in 10 plays to tie the game at 31-31. Tagovailoa guided the Dolphins offense like a veteran who had dozens of fourth-quarter comebacks in his back pocket.

The Dolphins’ first pick in this year’s draft would complete all six of his passes and convert two nifty scrambles into first downs on the drive. After gaining 17 yards on a 2nd-and-4 scramble to put Miami at the Arizona 11-yard line, Tagovailoa found Mack Hollins in the end zone for an 11-yard scoring toss.

Tagovailoa and the Dolphins would get the ball back with 5:15 to play. Beginning at their own 40-yard line, Miami would move down to the Arizona 32 on two completions by Tagovailoa. Facing 4th-and-1, Dolphins kicker Jason Sanders would nail a 50-yard field goal with 3:30 remaining.

After an Arizona missed field goal, Tagovailoa and Miami ran out the clock to secure this thrilling victory and their fourth straight win. The Dolphins are now 5-3, second in the AFC East, and in prime position to earn a playoff berth.

Miami’s rookie quarterback is now 2-0 and continues to improve. He is completing over 65 percent of his passes and quarterback rating sits at 103.8, almost nine points better than former Dolphins starter Ryan Fitzpatrick.

Miami now heads into a four-game stretch where they face teams with a combined record of 7-24-1. Next up for Tagovailoa is the Los Angeles Chargers, a team that has lost consecutive games in the final seconds of play. The Chargers also give up over 251 passing yards and 27 points per game.