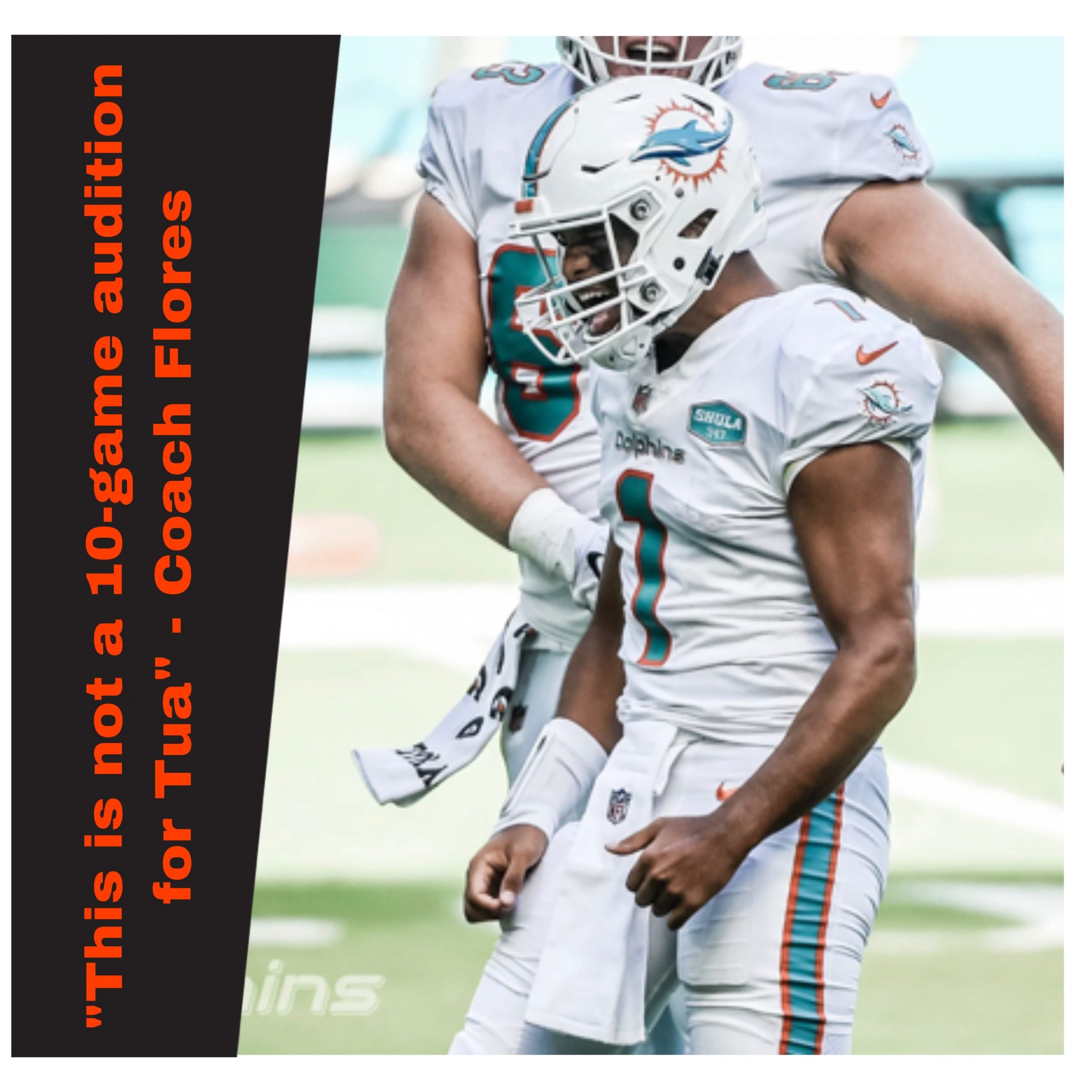 It was the moment Miami Dolphins fans had been anticipating for over a year. First-round draft pick and quarterback of the future Tua Tagovailoa took over as the team’s starter. Ushering in, hopefully, a new era in Dolphins football.

After seeing his first NFL action in mop-up duty in a win over the New York Jets on October 18. Tagovailoa was announced as Miami’s starter against the Los Angeles Rams. It was the perfect opportunity for the former Alabama star to take over the Miami offense.

The Dolphins, who had won two straight, had a bye week after their victory over the Jets. It gave Tagovailoa an additional week of preparation before his first start.

The young quarterback’s performance was somewhat underwhelming. But it was good enough to give Miami a third straight victory and inch the Dolphins closer to a potential playoff berth.

At the end of the day, Tagovailoa’s stat line was not much of an eye-opener – 12-of-22 for 93 yards and one touchdown. He ran twice but didn’t gain a yard and was sacked just once. Tagovailoa did not throw an interception.

Most of Tagovailoa’s completions were of the short to intermediate variety, including a three-yard, red-zone touchdown toss to DeVante Parker that allowed Miami to tie the Rams at 7-7 at the end of the first quarter.

From there, the Dolphins defense and special teams took over. An Andrew Van Ginkel 78-yard fumble return was followed less than two minutes later by Jakeem Grant’s 88-yard punt return for a touchdown. Miami then turned a strip sack fumble into a one-play, one-yard drive that ended on a Myles Gaskin touchdown run.

While it wasn’t the greatest individual performance for Tagovailoa, it was enough to lead Miami to a victory. Now, the Dolphins will aim to do it again in Week 9 when they travel to Arizona to meet the 5-2 Cardinals. It will be Tagovailoa’s first NFL start on the road. Dolphins’ fans are hopeful this one will turn out like his first home start.