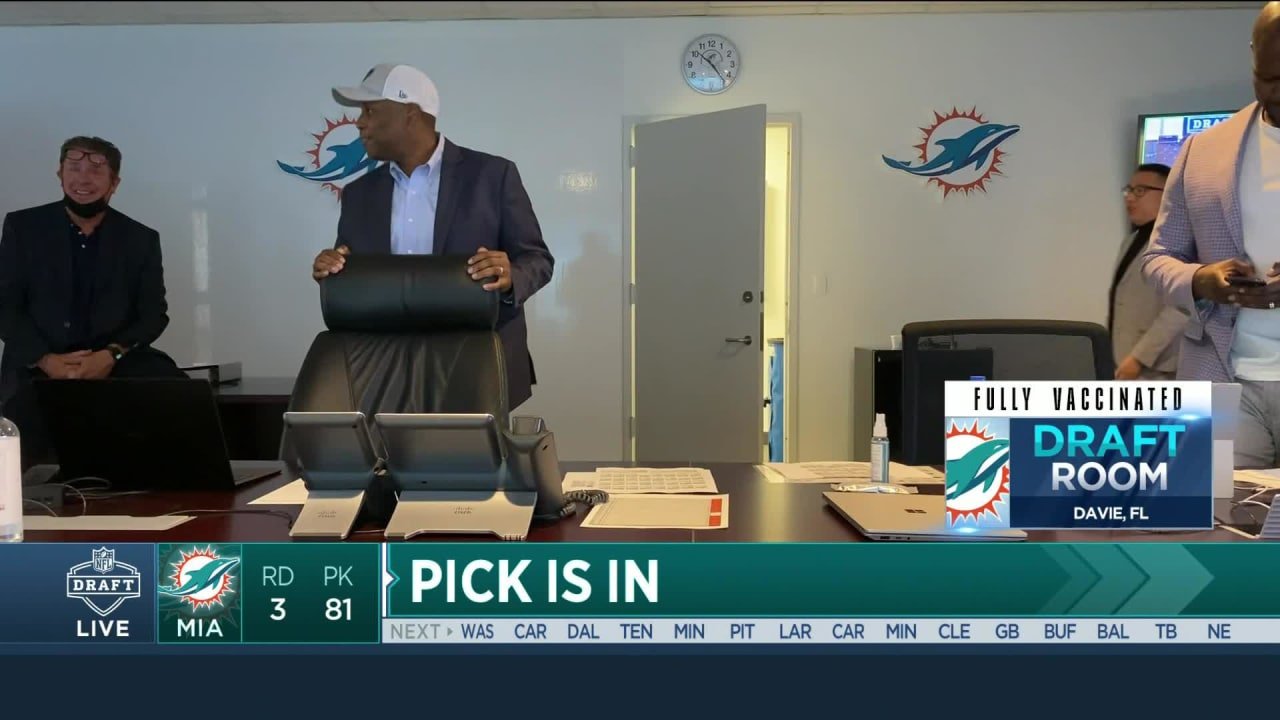 Dolphins build a winner around Tua

It was evident last weekend that the Miami Dolphins are going to do everything possible to build a winner around Tua Tagovailoa, Miami Dolphins starting quarterback. The Dolphins showed that with their very first pick selecting Alabama WR Jaylen Waddle with the sixth overall pick in the 2021 NFL Draft.

What the Dolphins lacked in 2020 was a speedy, game-breaking wide receiver. In Waddle, Miami gets just that. In his career at Alabama, Waddle scored 17 total touchdowns. Those touchdowns averaged 44 yards per play. Waddle is explosive and will serve as the Dolphins version of Tyreek Hill. The former Alabama star will also likely return punts for Miami.

The Dolphins also solidified their offensive line with Notre Dame OT Liam Eichenberg in Round 2 and UMass OT Larnel Coleman. Eichenberg is not pretty but he allowed a pressure on just 1.1 percent of his 400-plus pass blocks at left tackle for the Fighting Irish. The Dolphins will probably move the rookie to the right side and play him alongside last year’s second round pick Rob Hunt at guard.

Coleman will be more of a project, but he had the second-longest wingspan in the draft. He also can play on either side and is athletic for his size (6-6, 315).

The Dolphins’ last pick was spent on Gerrid Doaks, a running back from Cincinnati. Miami’s running back room features Myles Gaskin, a smaller scat-back type. Doaks is a bigger – 5-11 and 228 pounds – power back that Miami currently lacks.

With extra picks in the first- and second-round, Miami went defense, which also indirectly helps Tagovailoa and the offense. With the 18th overall pick, the Dolphins selected Jaelen Phillips out of the University of Miami. Phillips will immediately boost a pass rush that has struggled.

In 2020, Miami ranked 31st in pass rush win rate, a metric defined by pass rushers defeating their blocks within 2.5 seconds. Only the Detroit Lions were worse than the Dolphins. With Phillips paired with Emmanuel Ogbah, Miami’s leader in 2020 with nine sacks, Miami should be able to pressure opposing quarterbacks without blitzing. Head coach Brian Flores and the Dolphins defense blitzed on 39 percent of defensive snaps last year, third-most in the NFL.

The other Dolphins pick, No. 36 overall, will be one of the steals of the draft. Oregon S Jevon Holland is a do-it-all type of player that fits perfectly into a Flores-run defense. He can line up on the line of scrimmage and blitz. He can line up in the slot and play man coverage on a wide receiver or a tight end. Holland is also versatile enough to play deep in a 1-high secondary. Both Holland and Phillips can help an already stout Miami defense be even better in 2021.