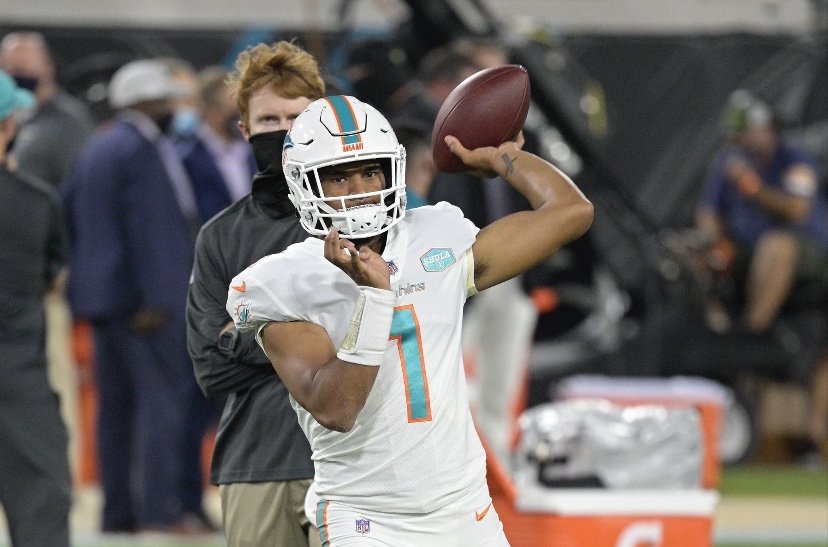 Miami Dolphins rookie quarterback, Tua Tagovailoa, isn’t your typical NFL quarterback prototype. Not only is Tua shorter than your typical pro quarterback at 6’0 flat, but more distinctly he’s a lefty. He’s actually the only lefty in the NFL, and the first left-handed quarterback since Kellen Moore who retired in 2018. That’s right! Not one of the 73 quarterbacks that played at least one snap in the 2019-2020 NFL season was left-handed. Who was the last left-hander to win a playoff game you ask? Tim Tebow when the Denver Broncos beat the Pittsburgh Steelers in 2011.

Though left-handed quarterbacks aren’t common, it doesn’t mean there haven’t been some great ones. Hall of famers; Steve Young and Ken Stabler were a pair of lefties. So were pro-bowlers Michael Vick, Boomer Esiason, and Mark Brunell.

There are a few theories out there as to why there are so few left-handed quarterbacks in the NFL. One school of thought is “Those lefties that can throw heat are pretty coveted by major league baseball, so maybe that’s it,” says Broncos general manager John Elway. Baseball inherently has a reduced risk factor and the promise of fully guaranteed salaries. So you have left-handed pitchers like, Clayton Kershaw, of the Los Angeles Dodgers, who has made $220 million in 12 years; nearly the same as Tom Brady has made in 20 seasons — and you can see why so many left-handers may go the baseball route.

Hall of Famer, Steve Young, thinks otherwise “We live in a right-handed world,” Young says. “And football is right-handed. He feels lefties are being steered away from playing the quarterback position early on, because coaches just rather not have to make the switch.

The crazy part of it all is, Tua is really a natural righty. “My dad, he was the only lefty in our family,” says Tagovailoa, who eats right-handed, golfs right-handed and holds a pencil right-handed. “He wanted me to be a lefty as well, so he switched the way I threw. I didn’t touch the ball with my right as far as throwing, I just threw with my left.” So here we are, the left-handed Tua is ready to show everyone what time it is. Tua Time!