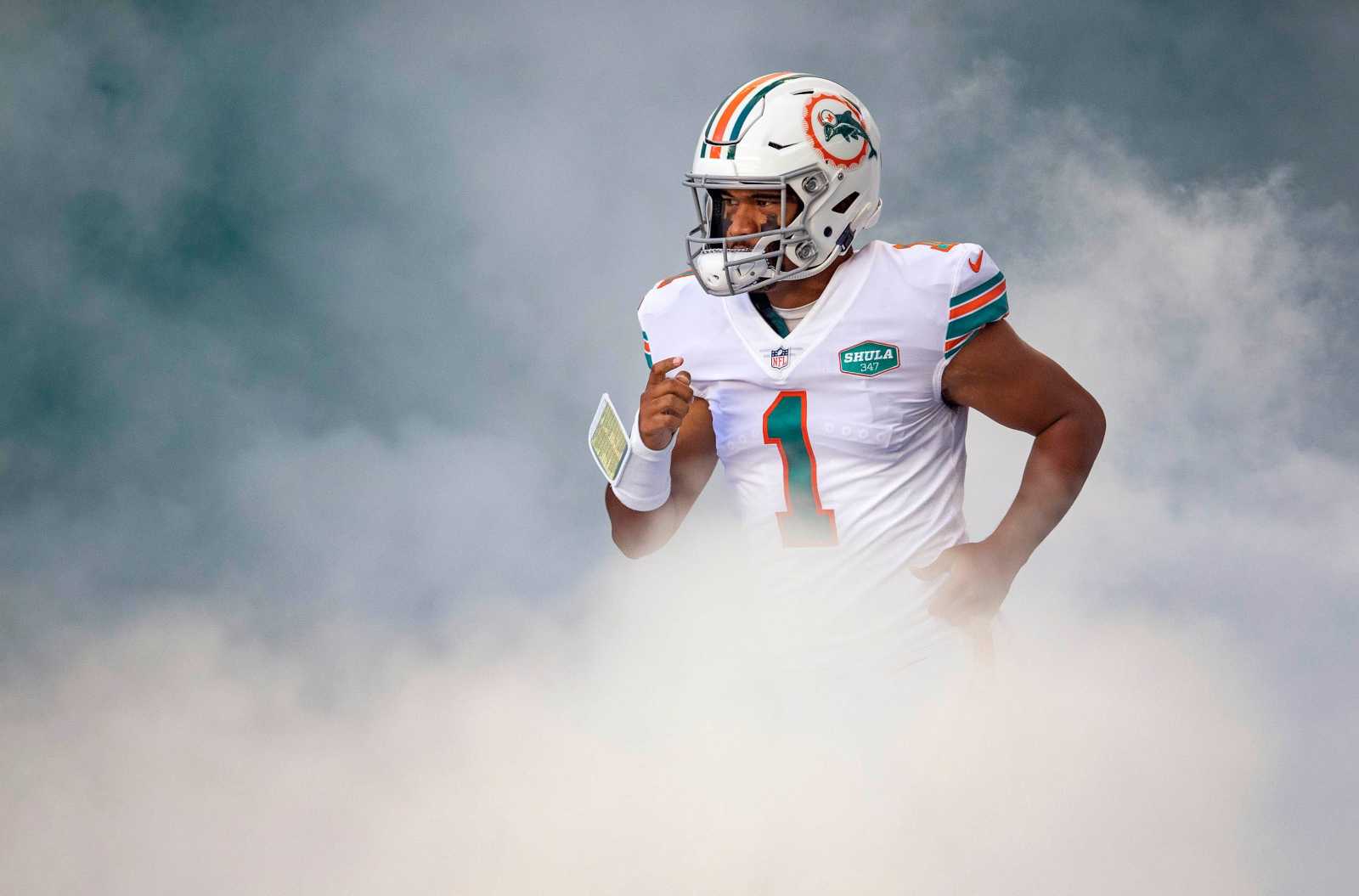 With just days before the official picks are in, it’s apparent that the Miami Dolphins draft picks will reflect the teams’ trust in their quarterback, Tua Tagovailoa. Especially considering the amount of work that they have put in recently to make a couple of significant pre-draft trades. The Dolphins traded their 3rd pick to the San Francisco 49ers for their 12th pick, only to trade with the Philadelphia Eagles back up to the 6th spot. Sounds confusing? Essentially, the Dolphins moved down three picks in the first round, agreed to swap their own first-round pick in 2022 for San Francisco’s, while also receiving the 49ers’ third-round pick in 2022 and their first-round pick in 2023.

This year’s draft is quarterback heavy, and the first four teams in the draft are expected to select quarterbacks; it just made sense to trade away the 3rd pick for additional assets. Why draft a receiver, tight end or lineman with the third pick, when they will most certainly have the option to choose from a top caliber player with the 6th overall pick. Top talents to include Oregon’s offensive tackle Penei Sewell, Alabama RB Najee Harris, Florida TE Kyle Pitts, LSU WR Ja’Marr Chase, and Alabama WR Devonta Smith.

Additionally, after trading away their 3rd pick, the Dolphins have favorably set themselves up for the next two upcoming drafts. Their dealing of picks has set the team up for long term development as well as the possibility to compete for starting positions this year. Most assuredly these picks will be centered around Tua, and should complement his skill-sets and and allow him to develop into a better player overall.

Trade down for additional draft picks?

Now, according to ESPN’s Ian Rapoport, Miami is reportedly considering trading out of the sixth spot, with teams looking to trade up to the Dolphins’ first pick of the 2021 NFL Draft. Teams interested in trading up are either eyeing one of the draft’s big offensive weapon like the aforementioned DeVonta Smith, Kyle Pitts or Ja’Marr Chase; or putting themselves in position for the fifth, and last, first-round quarterback available.

Although his rookie year, according to a few, may have been below initial expectations; his stats tell a much different story and he had many shining moments to back it up. He also learned a lot from veteran Ryan Fitzpatrick who had some unique plays himself. Many star players in the NFL did not go out and crush it their rookie year, but rather develop over the course of years into great quarterbacks. This is what everyone expects out of Tua, including the Dolphins franchise who are proving it in their movement of draft picks. Either way, Miami is one of the NFL Draft’s biggest mysteries heading into April 29 and we look forward to seeing how the Dolphins draft night and the subsequent picks pan out for the 2021 NFL season.