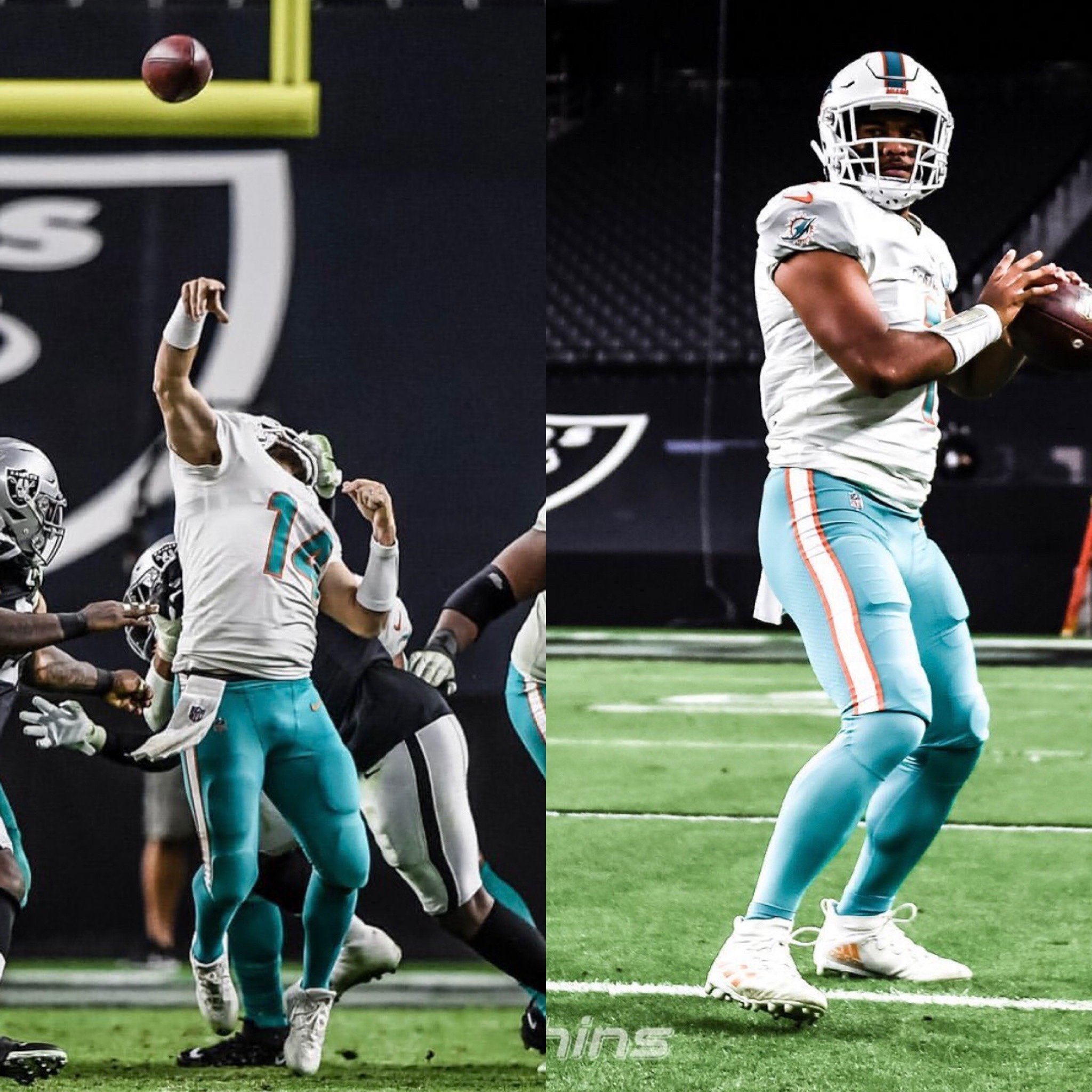 There is no question. Tua Tagovailoa is the Miami Dolphins starting quarterback, despite the current QB shuffle situation.

Yes, he was benched in favor of backup Ryan Fitzpatrick in last week’s thrilling win over the Las Vegas Raiders. Despite Fitzpatrick leading Miami to a come-from-behind victory, head coach Brian Flores has made it very clear. Tagovailoa will start on Sunday when the Dolphins travel to Buffalo to close the regular season.

Tagovailoa had a rough go of it against the Raiders last week. He managed just 94 passing yards on a total of 22 throws. Tagovailoa was also sacked three times and threw an interception. He went to the bench in the third quarter and Fitzpatrick came on, threw a 59-yard scoring toss to Myles Gaskin, and then led an improbable final drive that culminated with a game-winning Jason Sanders field goal.

Still, Tagovailoa is the Dolphins starter as he should be. The QB shuffle situation in Miami has actually happened before. Dolphins fans should remember the 1981 and ’82 seasons.

David Woodley was a talented, athletic quarterback who replaced Hall of Famer Bob Griese in 1980. In the 1981 season, legendary Miami head coach got into the habit of replacing Woodley with backup Don Strock.

The point of course is that like Woodley, Tagovailoa is and will remain the Dolphins starting quarterback. That is why Miami spent the fifth overall pick in the 2020 draft on him. Fitzpatrick will remain the backup and mentor for at least the remainder of this season.

Miami is 8-2 since Tagovailoa took over as the starter, but as Flores likes to say, “If we go to a relief pitcher in the ninth, that’s what we’ll do. Fitz, he’s always ready to go.”

The Dolphins will go next Sunday at Buffalo at 1:00 p.m. Miami needs a win to ensure a playoff berth.