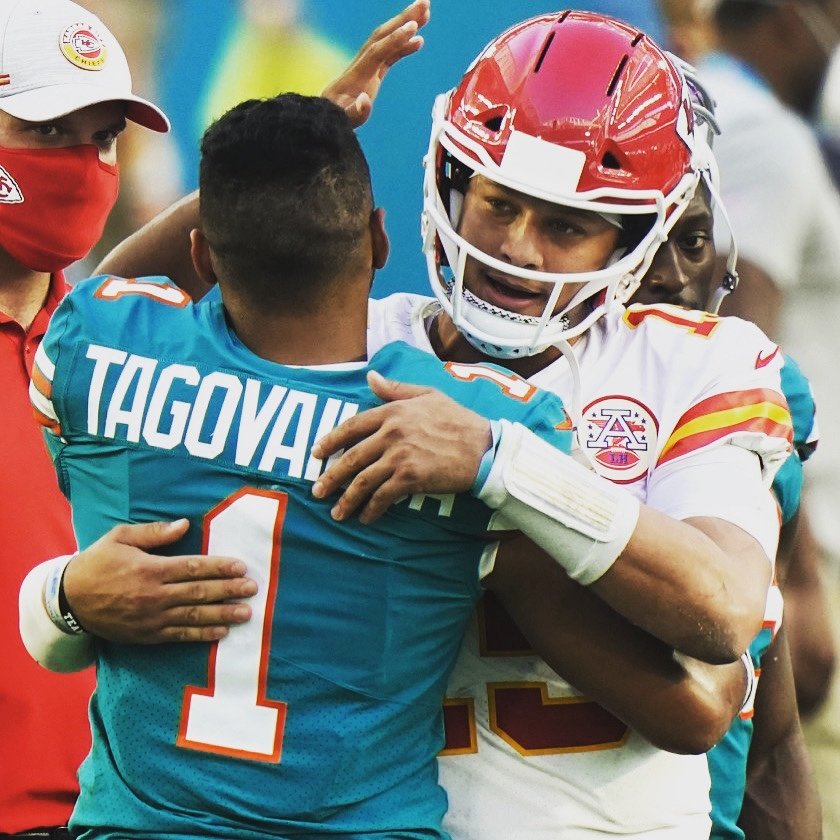 Tua Tagovailoa held his own and generated two fourth-quarter touchdown drives against the Super Bowl defending champs, Kansas City Chiefs. But ultimately the Dolphins would fall 33-27 in Week 13 NFL action.

Comeback attempt against the Defending Champs

Trailing 30-10 heading into the fourth quarter, Tagovailoa engineered drives of 80 and 75 yards to cut Kansas City’s lead to six. Bring the score to 30-24, with just 4:25 remaining in the game.

The Chiefs would respond with a field goal with 1:08 to play, but Miami fought back as Tagovailoa led yet another scoring drive that ended with a Jason Sanders 44-yard field goal. The Chiefs recovered the ensuing onside kick with just 16 seconds on the clock to set the final score at 33-27.

Looking Into the Numbers

Tagovailoa was productive completing 28-of-48 passes for 316 yards and two touchdowns against the defending champs. He did throw his first NFL interception breaking a streak of 154 throws without one. The first-round draft pick was sacked four times by the Chiefs defense, which also held a depleted Dolphins running game to just 80 yards.

Miami was without running backs Myles Gaskin, Salvon Ahmed and Matt Breida. Tagovailoa made up for the lack of a Dolphins running game using both WR Lynn Bowden Jr. (7 catches, 82 yards) and TE Mike Gesicki. Gesicki caught five passes for 65 yards and both of Tagovailoa’s touchdowns.

They will face a New England team that is reeling after a 24-3 loss to the Rams last Thursday. The rest advantage will be something to watch as the Patriots are 46-13 since 2003 when having more rest than their opponent.

The Patriots offense is struggling though. New England is 29th in the league in pass offense and only scores 21.3 points per game. Quarterback Cam Newton has been a disappointment and will have a tough time against a Miami defense that is second in the NFL in points allowed per game (18.8).

The game will also mark Tagovailoa’s first attempt at a Bill Belichick defense. Belichick is 20-5 when facing a rookie signal-caller. Tagovailoa and the home Dolphins will work to make that 20-6.